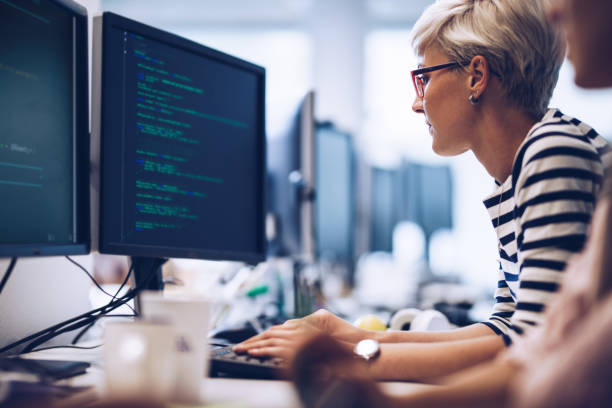 It is a largely recognized fact that the United States has the most powerful military in the world. It didn’t get that reputation by accident. It came as the result of a huge investment from the United States government over many decades. They have not only invested in personnel, weapons, and other equipment, but also in technology.

Recently, March Air Reserve Base in Riverside County, California, was in need of some technological upgrades. Specifically, the base’s Emergency Operations Center (EOC) needed some new technology to make some of the base’s operations run more efficiently and allow for better communication.

The base’s EOC is used by high-level military officials from various branches for presentations and to monitor classified domestic training operations. It is also used as a training center and as a hub for strategic planning. The Center needed to be highly operational, but also easy to use by anyone who needed its capabilities. This meant that the technology needed to be intuitive—not requiring a lot of in-depth training in order for it to be utilized.

The base had an internal team that had been working on plans for the EOC update for several years, but when the time came to turn their plans into reality, they brought in some outside (civilian) professionals for help. One of the outside companies that was brought in on the EOC project was AV Programming Associates (AVPA). AVPA is a Crestron programming company that has worked on many government and military projects over their more than 20 years in business. They were tasked with completing the Crestron programming for the audiovisual components in the base’s EOC. They worked alongside base personnel, the project’s general contractor, and the systems integrator to make sure everything was completed according to the plans, and that the EOC would have all of the functionality they needed.

Now that the Crestron programing at March Air Reserve Base is complete, their EOC is fully equipped with the latest technology, with custom programming done by one of the leading Crestron programming experts in the country. The EOC’s power, audio, and video are all controlled from either a touchpanel, or from a computer outfitted with an xPanel. It has monitors that can display content from multiple sources and an audio conferencing system that allows the base to stay in touch with officials from all over the world. Video presentations can be made with ease, and domestic military operations can be monitored on multiple displays at the same time. Military officials don’t have to take many hours out of their busy schedules to learn how to use the technology in the EOC. Rather, they can use an intuitive touchpanel to view or display the content they need to do their jobs efficiently.

The success of a project like this is just another example of the type of impressive work done by AV Programming Associates. Ove the years, they have also completed Crestron programming projects for Fortune 500 companies, ultra-high-end residences, large entertainment venues, and colleges and universities, and more. With their talented team of programmers, they are able to take on complex projects and complete them to their clients’ satisfaction.

Top 6 Benefits of Snowflake Implementation in a Business

Getting More From Your Payment Recovery Efforts

Olugbenga Agboola Has Brought Flutterwave to a $1 Billion Valuation