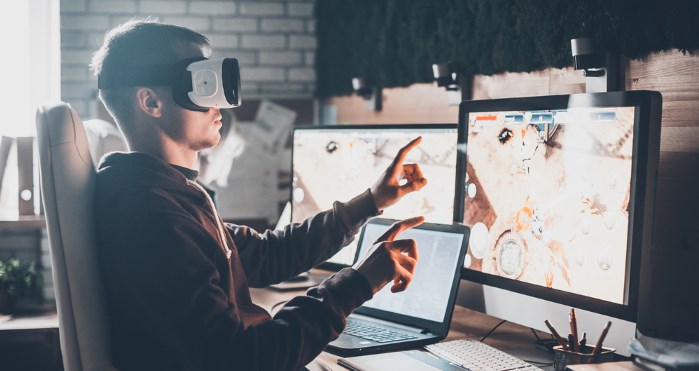 When you are obsessed with playing video games, have you ever thought about the process of game development?

Nowadays, video games have stepped into the daily life of many people who find video games a pleasurable option for after-work time leisure. The creation of this entertainment is reasonably complex and time-consuming. It is similar to a puzzle when you need to catch the cord and, step by step, start building the upcoming sensation while keeping utmost patience and concentration.

Foremostly, let’s start the journey with a precise answer to the question, “What does a game developer do?”

Game developers rely on designers’ creative ideas and paintings to write the necessary codes, giving life to those drawings with the interpretation of video games.

Thereby, video games filling your soul with joy are built from a single concept that game developer uses to visual code elements and programming skills to have it ready for release.

While picking a profession, many people preferred game development due to their obsession and love of video games. Following the study results conducted by Entertainment Software Association, more than 200 million people in the USA included video games in the list of their daily life activities.

If you search for an explanation of ‘what does a game developer do’ and try to learn the possibilities for becoming a game developer, just know that it is thoroughly feasible in case you are ready to work hard and learn the necessary skills.

By acquiring the necessary skills, you will have many opportunities to develop a solid game development future. So, here is the list of engines and coding languages you may be required to master to become a professional game developer and be hired accordingly.

You may begin your new game development path with more manageable tasks and gradually make them more complicated. A practical option for launching your first steps in the game industry will be the experience of movement creation.

What Does a Game Developer Do on a Daily Basis?

Learning about game development and perceiving the requirements for specializing in the sphere. It is no less essential to go more in-depth to find an answer to “what does a competent game developer do to stay in shape on a daily basis?”

Game developers collaborate daily with various specialists to ensure nothing will hinder the expected outcome. Game developers, artists, and designers are specialists whose communication capability highly affects the quality of the game development process.

Game developers also try to work hard to improve their coding skills to advance their programming status and deliver a product of high quality. Mainly, the center of their concentration for development continues to be math and programming.

Due to the enormous interest in the game industry, game developers have appeared at the center of attention of businesses that seek opportunities to invest in game development. Specializing in the sphere and delivering outstanding products may turn you into a trend maker and innovator.

The Most Effective Email Marketing Strategies